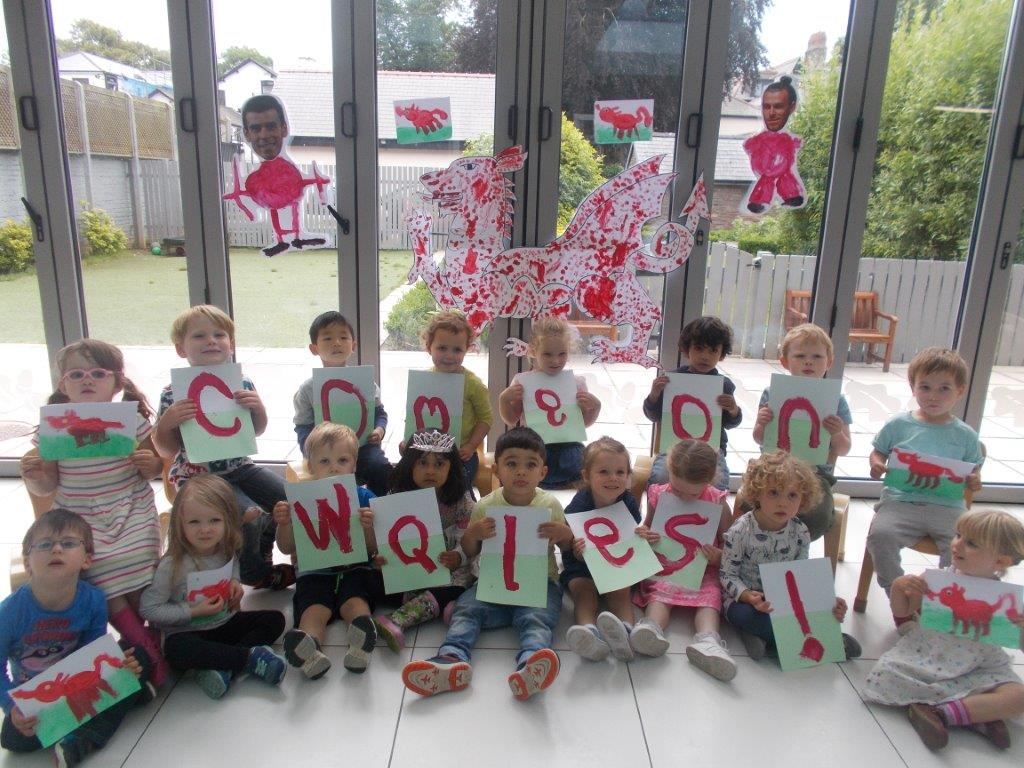 Football fever has reached our nurseries as Wales face Portugal in the UEFA EURO 2016 semi-finals tonight.

Prior to this years UEFA EURO tournament, Wales hadn’t qualified for a major tournament since the 1958 World Cup where they lost in the quarter finals to Pele’s Brazil.  Since then it has mostly been a case of near misses with painful memories of qualifying match losses to Scotland, Romania and Russia

This current set of players have finally achieved what the likes of John Toshack, Terry Yorath, Ian Rush, Mark Hughes, Ryan Giggs, Kevin Radcliffe, Neville Southall and Gary Speed have all dreamed of . . . reaching the semi-finals of the UEFA Euros. Dare we dream of getting even further? The children think Wales can do it!