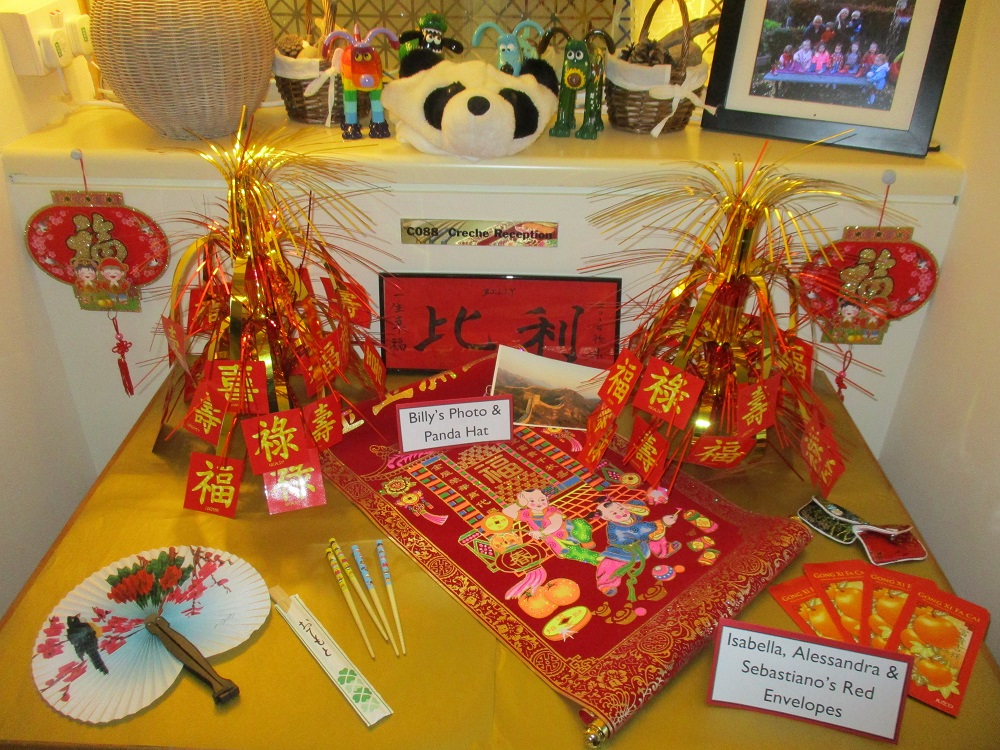 ‘Kung Hei Fat Choy’ means Happy New Year! On the 8th February we celebrated the Chinese New Year in our nurseries with stories, crafts, lantern-making and noodle-play. This year is the Year of the Monkey. What Is Chinese New Year?

Chinese New Year is the most important of the Chinese holidays, and is a time of feasting with the family, celebration, fireworks and gift-giving. It is a 15-day holiday, beginning on the first day of a new moon and ending with the full moon on the day of the Lantern Festival.

The Chinese calendar is based on the lunar year, so the date of Chinese New Year changes every year. The Chinese calendar follows a 12-year pattern with each year named after an animal. There are various stories which explain this. The simplest is that Buddha (or the Jade Emperor) invited all of the animals to join him for a New Year celebration, but only 12 animals turned up. To reward the animals that did come, Buddha named a year after each of them in the order that they arrived, starting with the Rat, followed by the Ox, Tiger, Rabbit, Dragon, Snake, Horse, Goat (or Sheep), Monkey, Rooster, Dog and Pig. Depending on the year you are born, you are believed to have the various character traits of that year’s animal.

We look forward to meeting our next intake of Monkeys!